The industry of shipping and marine space is large and makes a substantial contribution to the global economy. The global shipping trade had accumulated an annual total value of more than 14 trillion US dollars in 2019 based on the reports of the International Chamber of Shipping.

Based on recent data from the United Nations Conference on Trade and Development (UNCTAD), Asia is dominating the global maritime trade despite COVID-19. Despite the large industry sector where maritime trade operates, the marine space is undergoing a substantial change. With the surging popularity of marine electrification, cleaner fuels and digitalisation, transformation is becoming inevitable.

So, what’s with all these changes? With the growth of competition in the industry further intensifying, it forces innovation to get ahead of adversity.  The environment of the marine industry is becoming a sufficient sector that promotes booming innovation from enhanced marine propulsion systems to efficient mechanics that introduces lower and controlled carbon emission. Creating “new” has become a requisite approach in the growing pressure of the maritime industry and market while addressing concerns for better and safer standards.

A Greener Revolution In the Blue Maritime Industry

A majority of firms that reside in the maritime industry chain are taking a vital role to provide methods that will address marine ecosystem concerns. These firms also seek to propel a new and efficient standard operation through marine electrification and efficient propulsion systems. The adoption of these mentioned electrification concepts has also become a tracking trend in the industry.

The role model by which maritime transportation took encourages to propel for the industry, as a whole, to grow. The Global Market Insights shares a solid result from their study, which estimates that the marine propulsion systems market will expect to cross at a staggering 11 billion USD by 2026. 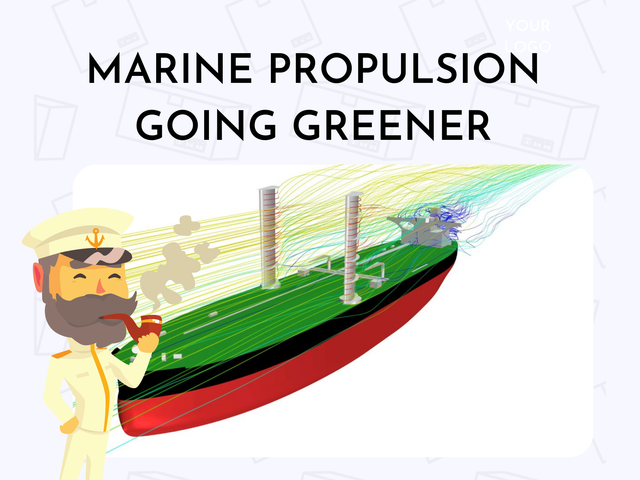 Another excellent solution that will gear for a zero-carbon future is the recent battery-hybrid propulsion power, which arrived in the early 2010s. Ferries and workboats across Europe, Asia, and North America are still deploying and testing these hybrid marine propulsion systems for a decade. Since then, a hybrid propulsion system is seen as more than an efficiency-booster mechanic for any currently existing technology. It’s also considered a good fit for stop-and-go operating cycles.

Cutting domesticated vessels just by a few percentages can make for a positive impact. The greenhouse gas footprint by the industry can make a positive drop rate. To further add the details, according to the Maritime Executive recent report, Scandinavians and North Americans are quickly catching up and implementing these marine hybrid propulsion systems and plug-in hybrid vessels for ferries. 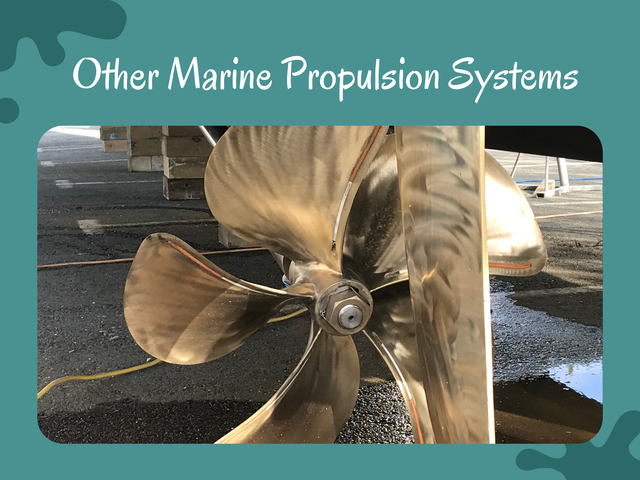 Nuclear propulsions are mostly found almost exclusively on nuclear-powered ships since they utilise the process of nuclear reactions as a primary power source. Despite its use of nuclear reactor technology, it shows a promising result in terms of power performance and fuel cost ratio.

Unlike a typical hybrid propulsion system that utilises hybrid batteries for energy output, nuclear fuel is extremely energy-intensive but remains far from using combustion. As such, even nuclear plants remain free from emitting greenhouse gases. Nuclear power is particularly designed to be suitable for vessels that are boarding offshore for extended periods without the need to refuel.

While it may be far from a hybrid marine propulsion system, solar propulsions can be adapted by workboats, ferries, oil-tanker carriers, and even smaller vessels. Hybrid powered solar propulsions utilise solar and wind power as an energy source for powering maritime vessels. Unlike other propulsion systems, it boasts an easy mounting process that can be deployed even in deck areas while eliminating the need for fuel consumption.

Some marine solar-powered propulsions include computer-powered monitoring systems and even high-powered battery integration for additional AC/DC power. Marine-grade solar panels can also be used and mounted on computer-controlled sails for offshore renewable energy for maritime vessels.

A fuel cell is another example of marine electrification in propulsion systems. Fuel cells are becoming a wider choice among marine propulsion systems due to their better efficiency in converting fuel compared to most combustion engines. These fuel cell propulsion has proven their effectiveness in the maritime industry and is even applied in onshore vessels like trucks.

Fuel cell propulsion creates electricity via an electrochemical process while at the same time allowing storing of energy separately in hydrogen fuel form. However, the only known emission in the process is heat and water vapour – making fuel cells a perfect option for zero-emission marine propulsion systems.

In today’s sector, the need for mission-ready zero-emission and zero-tolerance for system failure on fleets are in growing demand. In some cases, fleet sizes may become gradually smaller. However, having total operational confidence remains relative and even high. It serves a working function for driving a balanced opportunity for optimising vessel designs and providing effective management tools while dragging down emission rates.

It is necessary for holistic transformation across the marine ecosystem for sustainable industry-wide that can be applied to both workforce and machines. Still, it requires operators to remain proactive and fully embrace the reshaping of the world we operate in, not just the industry.

If you are looking for more boat propulsion systems, you can visit E-POD Propulsion for commercial marine electrification systems.

A brief overview of adhesive tapes

Know All About Relax Dryer Machine

Boosting up the profit potential at trading business